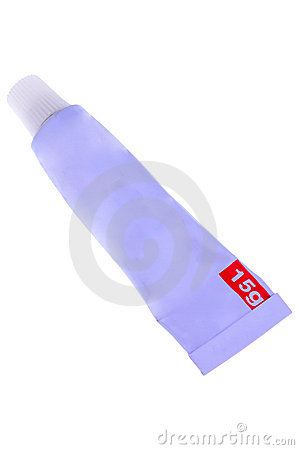 My best friend bought me a card a few years ago that I have kept ever since. It is clipped onto my little noticeboard underneath all the letters and photos that get added to it, but I never forget it’s there and pretty much every day end up saying the quote on the front to myself. In addition, I recently ended up telling someone about all the ridiculous things I have done, keep doing day by day and the way in which I have found out I was doing them incorrectly. A little bit like the mistakes I described in my earlier post that were due to tiredness, only there are no real excuses for these quite lengthy mistakes. I just seem to have got through life so far without needing to know all these things and therefore no one has needed to or wanted to correct me.

The card my friend bought me says “Some mistakes are too much fun to only make once.” I’m 100% sure this had nothing to do with teaching at the time but I find it funny how well that quotation and the idea of making mistakes fits my job and particularly my role this year. Perhaps I shouldn’t be making lots of mistakes but it is definitely how I learn and how I have come to reflect on my practice this year.

I have been praised (and it’s even been noted down on observation forms) about how well I take answers that are ‘wrong’ and how I answer and question in order to get the ‘right’ answer or ‘not make the pupil feel like they’ve got it wrong’. I guess as this has been put in the ‘Strengths’ box a number of times on my observation forms I should be happy with this: yet I’m not. Why? Well because they were wrong! The worst part is we all know it: me, the pupil, possibly the rest of the class and definitely the observer! Yet I don’t ever say ‘nope, sorry, wrong, better luck next time’. Obviously I wouldn’t say that, but it makes me wonder how often any of our pupils are told they are wrong and are made to feel fine about it because at least they tried. I really want to try and foster an atmosphere where making mistakes is okay, yet it seems to me this is almost looked down upon. It is as if we have to push to the side the wrong answers and search for the right ones irrespective of the fact the wrong answers can sometimes be just as interesting and fertile. I imagine this ‘pushing aside’ is harder to do in subjects where there is a right or wrong answer for everything. At least in English there are many avenues of interpretation. This post isn’t so much to do with effective questioning or questioning to allow for deeper thinking; it’s more to do with my interest in how other people deal with pupils that give incorrect answers. I’m searching for answers myself here and just wondering what other people think and practice in their own classrooms.

A friend who works in an all girls independent school recently did a study on failing and fear of failure in her subject. She explained how failure is not seen as an option in the school and how many girls never experience failure until later in life where the consequences seem much worse. I worry that not ever telling pupils that they are wrong adds to this fear of failure and in turn takes away from their ability to make judgments freely and honestly. I hope that there are ways in which I can improve the way I take on ‘wrong’ answers. I probably have in my year as support seen this happen effectively as I observed some wonderful teaching but I’m not sure I was ever looking for it before. Hopefully being able to find a way to tackle incorrect answers will counteract the fear of failing and make it something that is okay to do. I’m certain it’s something I’ve got very good at (failing) – I’ll give everything a go and often fail…but I couldn’t tell you how I got there!

There are however occasions where I can explain explicitly how I failed! About a year ago when I remember the breakfast show on Radio 1 did a feature called the ‘Stupid Amnesty’ and I realised that everyone, however clever, did have some ‘stupid’ confessions to make. I think I did text in and contribute one of my stupid moments (just the one – I couldn’t afford to send a premium rate text with all of them in). I don’t think it was this fact that I sent in, but one of my main ‘mistakes’ in life has been opening medicines. In particular medicine supplied in tubes of any kind. I spent many years of my life (thanks to my slightly pathetic immune system) using ointments and lotions in tubes. I had absolutely no idea why they (the manufacturers) always put foil on top of these tubes that was so very hard to get off. It used to take me ages to find something, anything to try and get the foil off before I could use said lotion/ointment. It wasn’t until I was 22 that I found out you are supposed to turn the lid of the ointment around and that will break the seal. I always wondered why they made the lid with a sharp point in the top but I justified it with the idea that it would stop children using medicines as it does hurt if you press it – try it. To me this was a very logical reason and one I still think is partially true. 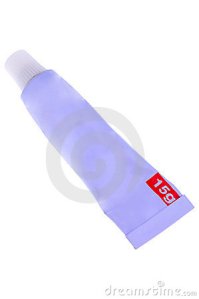 The thing is I did feel like an idiot when I saw someone do this properly and I did begin to calculate the hours of my life I had wasted trying to do this simple task in the most complicated way possible. Interestingly, the truth is that I sometimes still forget this is what you are meant to do and still search around for miniature objects to open them with. Despite this long lapse of logic after a while I didn’t and now don’t mind that I was wrong and that’s possibly because I worked it out for myself. But, it would have saved a lot less hassle had someone told me this technique for opening medicine sooner.

So should we or shouldn’t we be telling our pupils when they are wrong? And if so how should we do it? I think I best start investigating. Once I get this foil seal open….